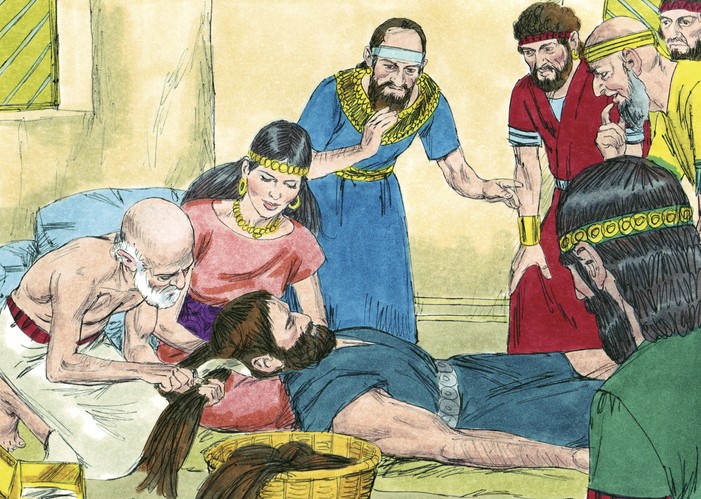 Samson had supernatural physical power. The Bible tells us that he tore a lion with his bare hands (Judges 14:6) and killed a thousand people with a donkey’s jaw (Judges 15:15). He was dedicated to the Lord from his mother’s womb, and his birth was miraculous through the promise of an angel. Samson, however, had a secret: for the power to remain his, the hair of his head should be allowed to grow, it should not have been trimmed (it seems strange now, but at that time there was a law in Israel called Nazirite, you can find it in Numbers 6:1-21). So, Samson was a very special man, but he had one weakness: he liked women. He decides to marry a Philistine and makes a bet with his friends to unravel a riddle to which only he knew the answer.

16 Then Samson’s wife wept on him, and said, “You only hate me! You do not love me! You have posed a riddle to the sons of my people, but you have not explained it to me.” And he said to her, “Look, I have not explained it to my father or my mother; so should I explain it to you?” Now she had wept on him the seven days while their feast lasted. And it happened on the seventh day that he told her, because she pressed him so much. Then she explained the riddle to the sons of her people. ” (Judges 14:16,17).

Samson gave in to the pressure! Twenty years later he falls in love with a woman from the Valley of Sorek, whose name was Delilah. The Philistines hunt him down and wish to kill him, so they ask this woman to find out where Samson’s power comes from. Three times he deceives her and manages to escape the Philistines’ bonds, but Delilah does not give up! Every day, by her words, she presses him, presses him, insists with a wicked perseverance until “his soul is vexed to death” (Judges 16:16), “until he was sick to death of it” (NIV translation).
Samson gives up again and tells Delilah the secret. She shaves his hair, while he sleeps. The power forsakes him, the enemies catch him, they take his eyes out and throw him in prison with chains.

After a while, the Philistines bring him to one of their parties to perform for them. But Samson’s hair had begun to grow, and God was listening to his prayer and giving him the power to tear down the temple and die there with all the rulers of the Philistines, about 3,000 people, enemies of the people of Israel.

Samson’s life speaks to us as sons and daughters of God, who live for Him and His works. It’s full of “Delilah’s” around us who want to steal our power! As people of the New Covenant, what makes us special is the Spirit of God who lives in us.
Even though now the Spirit does not leave us, but remains in us, the “Delilah’s” seek to weaken our strength to be ordinary people, who only survive from one day to another, living in confined places (like Samson in the dungeon), bound to all sorts of addictions, without seeing that God has much more for us.

Our secret is the personal relationship with the Father, the Son and the Holy Spirit: a continuous, intimate, loving relationship, in which we speak to Him and He speaks to us! Everyone knows who their own “Delilah’s” are, who press and insist on stealing their power! It can be excessive work, greed of money, a person with whom you have a toxic relationship, the past that haunts you and prevents you from progressing, or the lies in your non renewed mind through the Word of God …

The Philistines cut Samson’s hair, but they could not stop his growth! How did they not realize that the hair is growing out and the power can return? Because the Philistines worshiped harsh and merciless gods and could not believe in a God of grace, who forgives anyone who humbles and acknowledges the mistake and gives fresh chances every morning! The enemies that Samson killed at his death, by the good will of God, were more numerous than those he had killed throughout his life, because he no longer relied on his power, but on the goodness and faithfulness of the One who gave him power. 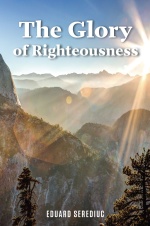