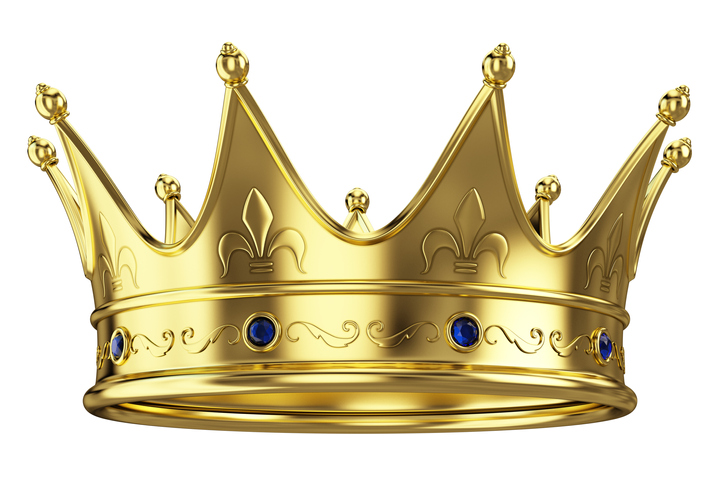 We’ve been talking so much about righteousness and about the fact that our new spirit has become the righteousness of God in Christ. But what is righteousness really? You may or may not have asked yourself that question before. Righteousness is that nature of God that defines His character and His ways of doing all things. It’s the character of God to always be right and perfect in everything. It’s about who He is. How He thinks is always right. What He says is always right. What He does is always right, because He is God. We can also call it the quality of rightness. It’s the rightness of God. He is never wrong. He is always right no matter what any other being might say. He could never be wrong. When it comes to the things of this world, if God says to a flower “You’re a tree,” that flower will have no choice but turn into a tree, because God can never lie and He has to be always right. When God said in Genesis: “Light be!,” light came into existence. When Jesus cursed the fig tree in Mark 11 and decreed over it: “May no one ever eat fruit from you again,” the fig tree had no choice but to comply and wither away. That is power. He creates and curses with His words. He imposes His reality into things and circumstances. However, when it comes to people, God’s righteous words will never infringe people’s free will and authority. God’s words referring to people need to be first freely accepted by them through faith before they come to pass in their lives. In other words, people have the choice and they decide whether a righteous word from God will come to pass in their lives or not. When God said to Abraham in Genesis 17:5 “I have made you a father of many nations” and He even changed his name from Abram to Abraham to reflect that reality, what God said eventually came to pass, but not without Abraham’s cooperation of faith. When God said to believers in 2 Corinthians 5:21 that they have become His righteousness in Christ when they received Christ into their lives by faith, what God said came into being. When God said to believers in 1 Peter 2:24 that they were healed, that righteous word comes to pass in their lives, only when they freely choose to accept it by faith.

When this righteousness of God is imparted into our spirit at the new birth, it gives us right standing with God, because there is a legal side to righteousness as well. However, first and foremost, righteousness is a nature the same way sin is a nature. When we were born physically in this world, we were born sinners before we did anything bad, because of the sinful nature we inherited from Adam. That sinful nature carried along with it the legal guilty standing before God as well. Likewise, when we were born again from the Spirit, we received a new nature of righteousness by faith, before doing anything good. Our good deeds didn’t make us righteousness the same way our sinful deeds didn’t make us sinners. But our righteousness nature prompts us to good works while our sinner nature makes us do sinful deeds. Our actions are vastly influenced by our nature.

When Adam entered spiritual death, he became sin both legally and vitally. His spirit’s nature was altered, he entered death, and his legal standing with God became that of a condemned person. Because of him, the whole human race died in its nature as well. However, the Bible tells us in Romans 5:15-19 that Christ, who is the last Adam, not only canceled what the first Adam did, by reconciling us back to God legally, but did much more. He gave us the free gift of righteousness as a nature. Let’s read this whole passage together:

15 But the free gift is not like the offense. For if by the one man’s offense many died, much more the grace of God and the gift by the grace of the one Man, Jesus Christ, abounded to many.

17 For if by the one man’s offense death reigned through the one, much more those who receive abundance of grace and of the gift of righteousness will reign in life through the One, Jesus Christ.)

Christ should have accomplished at least what Adam did, right? Otherwise, He would have been less powerful than Adam. Of course, what Christ did was towards spiritual life, and not to spiritual death. But Christ had to perform an alteration in both the legal status and the vital state of believers and put them back in the position of righteousness in which Adam was, right? The interesting part is that Christ did something much better than what Adam did. The position and nature of Adam before the Fall was one of positive righteousness maintained by and conditioned on Adam’s obedience to God’s command. It was not a fixed, eternal, and unconditional righteousness independent of his deeds. If Jesus Christ were to just undo what Adam did, that meant that people who were going to believe in Him, would have only been brought back from minus to zero, having a clean slate and a temporary conditional righteousness. People in that position would have had to earn unconditional and fixed righteousness on their own by their obedience to God’s laws and commands. But Jesus didn’t leave believers in that position. He has undone what Adam did, but He also earned unconditional eternal righteousness by His obedience to the Law during His life, and then gave it as a gift to believers. That is amazing!!!

Romans 5:19 says that, since through Adam, humans were made sinners both legally and in their nature, through Christ, the born again Christians were also made righteous both legally and in their spirit’s nature. That’s reciprocity. If they were not made righteous in nature as well as legally, Christ would have been less powerful than Adam and that is not biblical. Since sin (or spiritual death) was not just imputed legally to Adam and to the rest of the human race, now righteousness (or spiritual life) is not just imputed legally to Christians. However, Christ did much more than that. He freely gave believers God’s unconditional eternal righteousness that He earned on earth by His irreproachable obedience to the Law. The quality of His righteousness is superior to the one Adam had initially. Jesus didn’t let believers earn it on their own by their obedience as Adam was supposed to do before the Fall. That is amazing! Jesus obeyed and fulfilled all the commands and conditions of God from Deuteronomy 28 and gave that obedience to believers as a gift. It’s exactly this righteousness of Jesus Christ present in the reborn spirit of the new creation that gives Christians the legal right to health and prosperity on this earth. That is why they are no longer subject to the law of sin and death, but live by the law of the Spirit of life (Romans 8:2). They are immune to sickness, disease, and lack, if they start believing that they have Jesus’ righteousness. That is why sin, with all its negative effects, no longer has dominion over believers (Romans 6:14). And it doesn’t have anything to do with their good deeds or their sanctification, but it’s only based on Jesus’ righteousness.

Before the cross, Abraham was only credited righteousness (Romans 4); it was given to him just legally in advance; it was imputed to him because of his faith, but his nature was still a sinner’s nature and it wasn’t yet righteousness. However, after the cross, when we are born again, we are no longer given righteousness just legally. We are born into righteousness; we are born righteous. Eternal life is given to us as a gift because of righteousness. Human beings are not given the human nature and life in general as a gift after they are born. They are simply born as humans. In the same way, the new creations in Christ are born righteous in their spirit’s nature. Before the cross, righteousness was given and imputed to sinful people only legally, based on their faith or obedience to the Law. However, after the cross, righteousness is imparted to born-again believers as a nature, as well. Christians have the exact same nature as God Himself, here on earth, just as Jesus had. They have the ability in their spirit, through the Holy Spirit, to think right, talk right, be in the right places at the right time, and do the right things, even unconsciously. They are the wisdom of God in Christ (1 Corinthians 1:30). They are led by the Holy Spirit even unconsciously if they choose to believe in this righteousness and are aware of it.

When you believe and declare “I am holy” or “I am righteous,” based on what the Word says, despite your sinful behaviors, you don’t deny the presence of those sinful deeds in your life. You are not arrogant or not humble enough. You rather deny the right of the sinful actions to remain in your life. You dictate change to your sinful actions, because you are righteousness and you cannot lie, exactly like God. Just as God decreed “Let there be light” to the darkness that covered the earth, so are you dictating the Word of God to your emotions or circumstances and your reality has to obey and align with those words of righteousness. If you feel depressed and you begin saying that you are full of peace and joy (Romans 14:17), you don’t deny your depression, but you deny its right to stay. Depression has to leave and convert into peace and joy in your soul and emotions, because you have decreed with your mouth what is true in your spirit and what you want to have instead of depression. Peace has to manifest in your emotions. Your emotional state has to adjust according to your words, because they are the words of a king and words of righteousness:

4 Where the word of a king is, there is power.

When you are sick or feel any pain and begin declaring the Word, that you have been healed by His stripes (1 Peter 2:24), you don’t deny the presence of that pain, but you deny its right to stay. You command to your body to adjust its state according to righteousness. If your body was sick, now it has to become healed because of your righteous words. The same thing happens when you declare words of prosperity over your life: what you say has to come into being because it’s based on the Word. Notice that you cannot just declare or command anything that comes to your mind, but only what is based on the Word, and only what is included in your rights and inheritance in Christ. Moreover, you cannot impose things or command things over other people, because they have a free will and authority like you as well, especially other believers.

Download as PDF
« The Mirror Principle
Positional vs. Practical Righteousness »